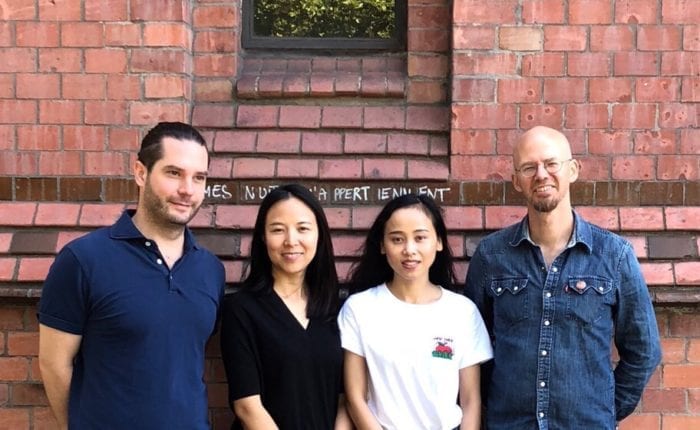 It’s safe to say, tea has conquered almost every European country. And Germany is no exception. Tea Chronicles had a chance to talk to Morten Menge, one of the organizers of the Berlin Tea Festival that will take place in Berlin on 17th November. This is the first year for the first German tea festival, and with such passion and strong organization team, there is no doubt this festival will become an important European tea event.

Morten: It’s Alex and me that organize the festival, so we have a bit different story. Here is mine. The idea to organize a tea festival was born around 5 years ago, when I was living in Sydney. Back then the first tea Festival in Sydney and even whole of Australia was in the making. I was very curious and got to meet with the head organizer Renee. I asked her many things about what’s all behind organizing a festival like that.

For me it’s always been clear that I want to bring more tea to Berlin. It’s where I am from and where I fell in love with tea. I feel very grateful that I got in touch with tea as my life since then just has improved so much and I have just become such a more chill person. I kinda feel in debt to tea in a positive way so the best thing to pay back I feel is to let many people find out about it and make them fall in love with tea too. A festival all about tea seems to be the best way I felt 🙂 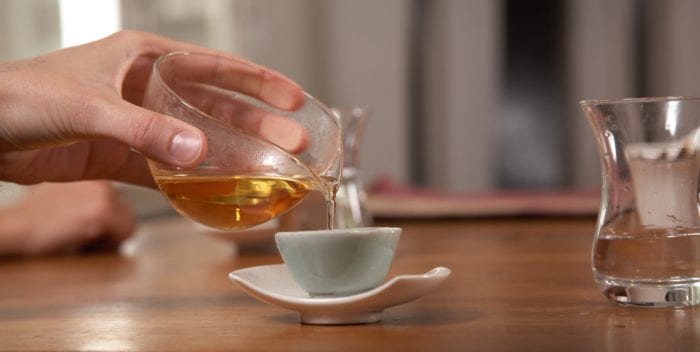 Tea Chronicles: I love the idea of the 2nd hand tea area and a personal porcelain tea cup for tasting tea from participating stalls. It looks like this tea festival is made from tea lovers for tea lovers. Who stands behind the scenes of the Berlin Tea Festival?

Morten: Next to me it’s my friend Alexander, an Austrian native from Salzburg. He moved to Berlin a couple of years ago. Before he lived for many years in China, is a fluent Mandarin speaker and fell in love with tea in Taiwan and China. The two of us partnered up and decided to create this festival in Winter 2017.

Later on we added Yunhui and Yi to the team. They are two Chinese born from Yunnan and naturally have tea in their blood, as Yunnan arguably is the birthplace of all tea.

The four of us are the main organizing team, but we have a decent number of friends and volunteers that help us get this festival organized. And we certainly need them! None of us has ever dealt with organizing such a big thing before.  We feel extremely grateful to all the people that support us.

Tea Chronicles: Is tea becoming big in Germany or are you trying to bring tea closer to Germans? How big is the tea drinking scene in Germany?

The tea scene is slowly changing in Germany we feel. As we are tea lovers in the core team, obviously we are very close to the “heart beat of tea” in Berlin and Germany. We can see it by more and more specialty tea shops opening up and more people offering more tea related things like tea tasting workshops or tea meditations. It’s a very exciting time actually as it seems tea is starting to boil below the surface and we just are just there to add some more logs to the fire to help the good tea reach the surface and reach more people.

Tea Chronicles: What else can we expect from the Berlin Tea Festival?

We have been very selective of the companies that are exhibiting. It’s mostly rather small 1-3 person tea businesses with direct farmer relationships. That means, that we will have extremely tea passionate tea people at the festival who look forward to show and talk about their tea. Every guest gets a porcelain cup to try as many teas they want, that will certainly support this cause.

Next to the opportunity of tasting countless teas we will have a program organized that deals all with tea. Presentations, workshops, talks and such. That way people can a first good introduction to tea or can even learn further about it. And then there will be the 2nd hand teaware market where you can score some affordable goodies when you are lucky 🙂

Oh, and then there is The Berlin Tea Week. The festival basically runs for a whole week as tea companies from Berlin are offering tea events all through the week of the festival. It’s very exciting.

Tea Chronicles: It certainly cannot get any better than tea passionate tea people! What are your expectations as an organizer?

Morten: It’s in my blood to ideally please everyone as good as possible. I hope the exhibitors get to introduce their teas to many interested people and can extend their businesses also to B2B. For the guests, I hope they have a pleasant experience and get enchanted even more by tea. For the city and Germany, I hope that curiosity and appreciation towards well produced tea increases. I am a tea idealist after all and hope the more people drink, appreciate, buy and share good tea with each other, the better the world will be. 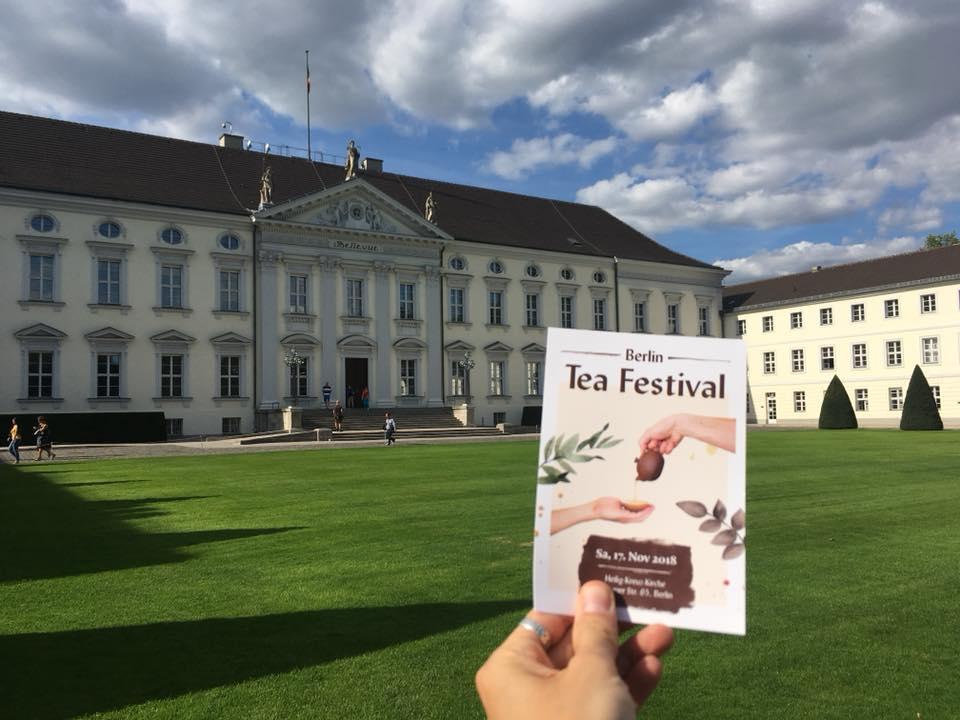 Tea Chronicles: Tea definitely can bring people together. And how about foreign companies? Can foreign tea companies exhibit at your festival?

Morten: It’s mostly German and Berlin local companies exhibiting. But, we do have some exhibitors from our neighboring country Poland, and even some Chinese guests present at the festival.

Tea Chronicles: Are you a passionate tea drinker? What is your favorite tea?

Morten: Am I a tea drinker? I actually dig coffee. NO! I love tea more than anything. Everything I do has in one way or the other to do with tea. I don’t have a favorite tea per se, it changes with situations, people I drink it with and even the weather. I love decently roasted Oolongs or a well-made Shou Pu Puerh when it’s cold. I love young Sheng Puerh or Japanese sencha in early spring. In the end, the type of tea doesn’t matter as long as the tea company is good though 🙂

Tea Chronicles: Thank you Morten for sharing your Berlin Tea Festival story with us. I am really looking forward to it!

Find out more about Berlin Tea Festival at: http://berlin-tea-festival.de/

Advice: Get your tickets in the presale as there are likely to be long lines for at-the-day-sales. 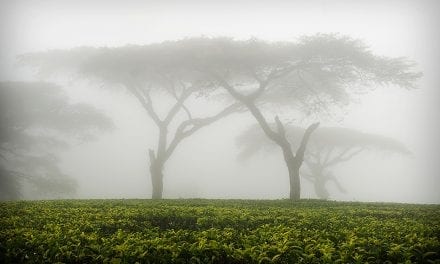 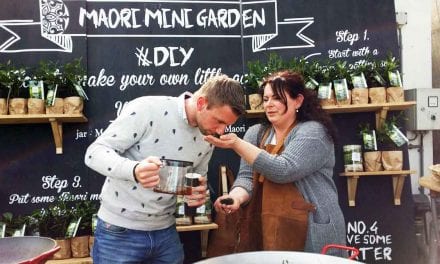 Tea By Me – a talk with Anne, the tea maker of award-winning Dutch teas 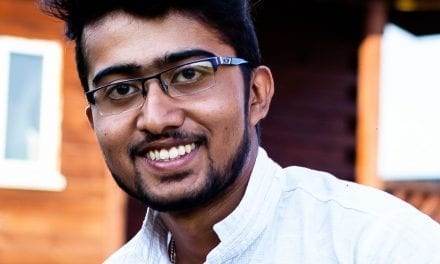 Tea Interview: Souvik Nandy from the Asian School of Tea